K-Drama Reviews: The K2 & Because This Is My First Life // Intriguing but lacked the certain impact 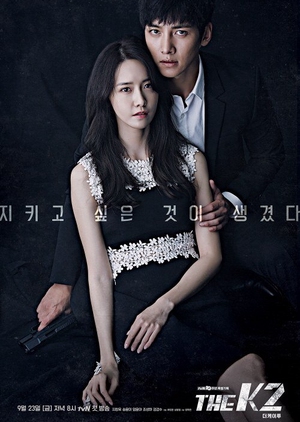 Kim Je Ha is a former soldier for hire. He is also called K2. He is hired as a bodyguard by Choi Yoo Jin. Yoo Jin is the wife of a presidential candidate and the daughter of a chaebol family.
Meanwhile, Ko An Na is the secret daughter of the presidential. She is also a recluse.

If I had to describe this drama in one word, outrageous would be the world. This drama would have received a one star but the complex politics and excellent villany saved the day!

Yeah, you read that right.

The villains saved this drama! xD

Ko An Na (Yoona) has been kept in seclusion for most of her life who is secret daughter of Jang Se-Joon (Cho Seong-Ha), a presidential candidate. She has to live under the tyrannical rule of her stepmother Choi Yoo-Jin (Song Yoon-A). Due to various circumstances, despite hating Choi Yoo-Jin, Kim Je Ha (Ji Chang-Wook) agrees to work for her in order to clear his name of a past incident but he had no idea that he would be never going back from this world ever again.

The plot of this drama was… well kinda had no point because it was everywhere? It was pretty unrealistic though. Does it fall under the makjang category? I don’t know but it felt like it. This drama focuses on the inner politics and more politics that goes in the high societies which are kept hidden from the view of the common people. I hate politics but weirdly I love politics in K-dramas and this one was one of the very best! I hated the evil stepmother, Choi Yoo-Jin with a passion but she was the sole reason I kept going with this drama. Ooooh her villainous character was so freaking fantastic!!

The father (a failure of a father that he was), only cared about the politics. He did care about his daughter but when it came to his reputation, he would choose that. But he did love his daughter. The most interesting aspect of this drama was the constant battle between the husband and wife. The character development was rich and complex. As much as I hated Choi Yoo-Jin, I empathised for her as well. And I am 100% sure she developed sooooome feelings for Je Ha because he was the only one who kinda sorta cared about her and saved her on numerous occasions. It was weird but it felt genuine. Oh, and I am pretty sure her secretary was in love with that. The looks she gave her…

Now, onto our main character Kim Je Ha. I mean I love this man! But in front of those villains, his character clearly lacked the impact. I enjoyed the action sequences but it started to get boring as the drama progressed. The romance was out of the blue. I mean, Je Ha and Ko An Ha had only met a couple of times with basically no interactions but they are so in love within a few episodes. I mean, how and when did that happen? This drama ended with a kaboom!! Literally. I still have no idea what to think about it but if you like political dramas you just might enjoy this one.

Overall, this drama was super unrealistic but the political aspect was fantastic although a little absurd. The characters development and the pace was

A house-poor man and homeless woman become housemates in a drama that examines the institution of marriage and the problems that young people face today.
Nam Se Hee is a single man in his early 30’s. He has chosen to not marry. He owns his home, but he owes a lot on his mortgage. Meanwhile, Yoon Ji Ho is a single woman in her early 30’s. She does not own a home and envies those that do. She has given up on dating due to her financial struggles. Yoon Ji Ho begins to live at Nam Se Hee’s house. They become housemates.

That’s one way of writing a synopsis.

Anyways, the thing is 99% of the people are in love with this show. but for some reason, I didn’t end up falling head over heels for this drama. Although the plot was predictable, it was executed in a refreshing manner which made it worth the worth. This drama depicts the life of Yoon Ji-Ho (Jung So-Min) and Nam Se-Hee (Lee Min-Ki) along with their two friends on each side as the sub-plot. Both of their lives are quite mundane and to avoid a certain situation, they decide to get married for a year (or so, I forgot!) until their problems got resolved but when feelings come in the way, things start to change.

Nam Se-Hee is a very materialistic guy. He does everything is time and believes that money is the only thing that can bring happiness but he has a past due to which he keeps his heart closed off.  The first interaction between Yoon Ji-Ho and Se-Hee was kind of hilarious but their decision to get married caught me off guard. I did like the evolvement of their relationship. It started off as awkward as they started spending more time together, they found their space of comfort with each other.

What a nice way to go for a wedding…

The one factor which kind of bugged me was the pace. The middle portion of the show kinda bored me but thankfully, the sub-plot was pretty awesome. I especially loved Woo Soo-Ji (Esom) and Ma Sang-Goo (Park Byung-Eun) and in my opinion, the character development of Soo-Ji was the very best in this drama, she was a kickass woman but kept her guard up all the time. It took a hell lot of effort but  Ma Sang-Goo managed to break that barrier. The other couple was all lovey-dovey but it showed a pretty realistic side of a long-term relationship.

Overall, this drama was sweet and defined a lot of realistic stuff but I just couldn’t absolutely loved it. I felt both the main characters should have been more layered. This was a kind of homey drama but the lack of thrill deducted my points but it was still worth a watch.

Soo guys have you watched these two dramas yet?? Is it on your to-watch list? Do you want to watch it if you haven’t already?