Review: American Panda by Gloria Chao // A combo of refreshing and realistic 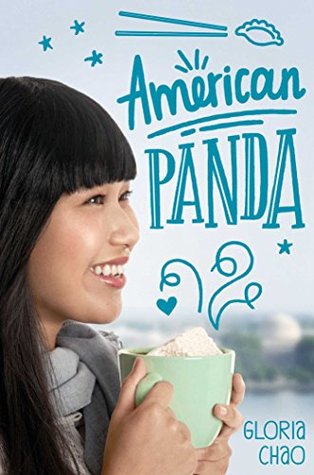 At seventeen, Mei should be in high school, but skipping fourth grade was part of her parents’ master plan. Now a freshman at MIT, she is on track to fulfil the rest of this predetermined future: become a doctor, marry a preapproved Taiwanese Ivy Leaguer, produce a litter of babies.

With everything her parents have sacrificed to make her cushy life a reality, Mei can’t bring herself to tell them the truth—that she (1) hates germs, (2) falls asleep in biology lectures, and (3) has a crush on her classmate Darren Takahashi, who is decidedly not Taiwanese.

But when Mei reconnects with her brother, Xing, who is estranged from the family for dating the wrong woman, Mei starts to wonder if all the secrets are truly worth it. Can she find a way to be herself, whoever that is, before her web of lies unravels?

From debut author Gloria Chao comes to a hilarious, heartfelt tale of how unlike the panda, life isn’t always so black and white.

American Panda was such a heartfelt read! There were some aspects I could really relate and Mei is bae! ❤

She is an early college student aiming for a doctorate degree when all she wants to do in dance. But she doesn’t have the heart to tell her parents about it as her brother already walked on their family. She develops a crush on Darren Takahashi who is actually Japanese. Another no go from their parents who only want Mei to marry someone of their choice who is also specifically Taiwanese. A breaking point comes into Mei’s life when she is forced to make a choice about how to live her life, according to her own will or her parent’s.

The plot of this book was refreshing and relatable. American Panda is a more of a character-centric novel which focuses on the life of Mei. Mei is a hard working above average students who are working towards a career path to be a doctor. Apart from being a germophobe, she manages to fall asleep in the core subject of medicine, a.k.a biology. She goes by the rule of her parents as she does not want to disappoint them at all cost. A chance encounter with his brother changes her aspect of living life. Her opinion finally clashes when she sees her brother’s life through her own eyes rather than their parents’ words.

“If I lied, the real me would disappear.”

Her rebellion starts in a slow process but it takes a turn as she experiences a whole new world. Her crush towards Darren slowly intensifies. Mei actually tried to do everything possible to do that she had been taught. She really tried but the heart wants what it wants. Of course, Darren is by her side but she gathers the courage to stand up for herself. And on boy, she does! The most surprising as well as beautiful moment was Mei’s reuinon with her mom. I wish her dad felt the same but well things take time. Sometimes the broken pieces can be mend together and sometimes it’s just better left alone. Mei felt like whole different person when she danced. She truly felt like herself. I can totally get this point. All parents want their children to have a stable career but that doesn’t only come from money. Happiness is the other factor which goes hand in hand.

“I couldn’t go through life as a shadow.”

Overall, American Panda was a beautiful lesson that one should learn about both sides of the coin before judging. The plot was fresh and kept me engaged. Although I couldn’t identify it but I felt something was missing but the characters made up for it. This book was not only diverse but also shone light on various cultural aspects. The pace was kinda slow and steady in different portions of the book an the words flowed smoothly. I will definitely be anticipating her next book.

Sooo guys, have you read this one? If yes, what are your thoughts on it? And if that’s still a no, are you think of picking it up anytime soon?

Also, yeeeeeah. I have no excuse of abandoning my beloved blog for so long. I am just too lazy and tired after coming back from work. But that’s a lame excuse. I am tryiiiiiiiing guys! Hopefully September will show its magic!

9 thoughts on “Review: American Panda by Gloria Chao // A combo of refreshing and realistic”