TV Show Review: SKAM || A strong friendship with sprinkles of everything in between

SKAM was a Norwegian tv show (It means shame in English). I randomly discovered it one day on YouTube. I most often get lost in YouTube and end up discovering new Tv shows and movies which is a plus I guess! 😂😂

Anyway, I watched SKAM probably in July or August. I can’t exactly remember right now but it was fun and a fast watch. There were total 4 seasons consisting of 10-12 episodes of 20 minutes each, so it didn’t take much longer to binge watch this. And thank god for English subtitles!

All the 4 seasons centres around 1 school and a group of friends but each season has one of those characters from the group as the main lead of the show and each season deals with an important issue whether it’s social or mental health. I skipped season 1 because I had seen enough clips on YouTube to know that I wouldn’t enjoy it. Also, it didn’t affect my enjoyment for the later seasons. 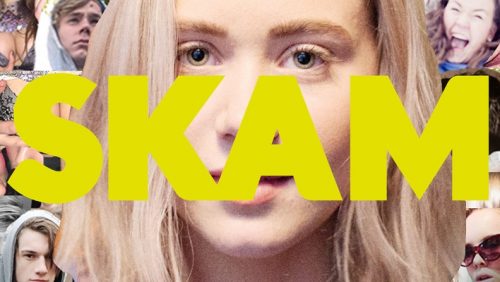 Season 2 deals with the character of Noora and her relationship with William. Mostly this season consisted of loooots of makeout! 😂 But I loved the chemistry between them.

Anyway, I definitely loved Noora in this season. She is smart and kind and is against mindless violence which is the complete opposite of William. She stood up for her friends and was always there when her friends needed her. Although William was gorgeous, his character was a bit problematic and I didn’t quite like him at first but he stayed true to Noora and eventually Noora gave in. This season also dealt with blackmail and the consequences of it. But above all, their relationship stood up strong enough to withheld the problems that came their way. Although I liked William, he was a nice guy but there were some things I would never be okay with his character but I was glad to see them together in the end. 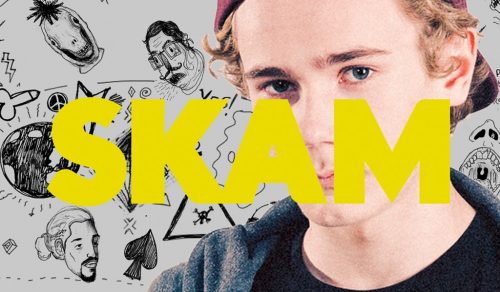 This was definitely my most favourite season. I completely adored Isak and Even. Isak has always been with girls but he had never felt that spark until Even comes in the picture. But Even has a girlfriend yet he shows interest in Isak which confuses him but when Even decides to be with him, everything completely changes. Their relationship was really, reeeeaally adorable and just cuteness overloaded! 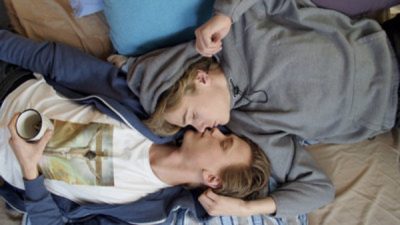 This season was diverse and dealt with bipolar disorder. Due to Isak’s mother’s medical condition, Isak withdraws himself from Even after knowing his condition but soon enough with the help of his friends he realises the truth and decides to be with Even.

I loved the fact that his friends accepted him just as he was without questioning his sexuality which he was the most afraid to face. All the characters from the previous seasons were there, though I didn’t like Noora much in this season because she constantly kept complaining how William was not giving her enough time instead of actually doing something about it. Anyway, both Isak and Even were just beautiful and their chemistry was off the charts! Things definitely took a turn for the worse but I loooved how this season ended and how Isak and Even both accepted the truth and moved on with each other. 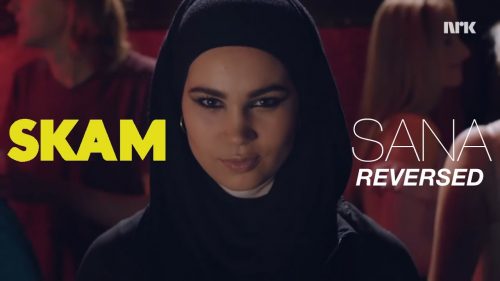 I was not sure if I was going to like this season but I was intrigued enough to give it a try and damn, I looooved it.

Sana is a Muslim girl who is trying to fit in without giving up on her beliefs and faith on her religion. Among the girls, Sana is the wisest member of the group. Without her advice, Noora and William would never be together in the first place but along the way, she makes a blundering mistake of accidentally bullying online with thinking about the consequences.

The mistake she makes is done in a split second rage in need for petty revenge. She understands her mistake quickly but the news has spread like wildfire till then. I LOVED the fact that she was bold enough to confess to her friends instead of taking the easy way out. Another fact that I enjoyed was Sana’s relationship with her mother. Among all the characters, only Sana had a stable family and her mother was really cool!! I loved her! She tried her best to understand Sana and support her. Throughout this season, she also falls for a guy called Yousef who she thinks is a Muslim but it is later revealed it’s not. It becomes difficult for her to choose between her faith and her love for Yousef but in the end, she decides to follow her heart.

I loved the epilogue of this show. I loved the positive female friendship in this show! All the characters are shown in the Sana’s house for Eid-celebration and I really loved how everything ended. And I was kinda glad again I didn’t watch season 1 because I saw everyone rooting for Eva and Chris and then what the hell happened with that!!!! Anyway, I was thankful that the couples I shipped got a happy ending or rather a beginning in the end! I definitely didn’t want the show to end but I was satisfied how everything wrapped up.

So guys, have any of you watched SKAM yet? If yes, did you enjoy it? Which season was your favourite?

6 thoughts on “TV Show Review: SKAM || A strong friendship with sprinkles of everything in between”